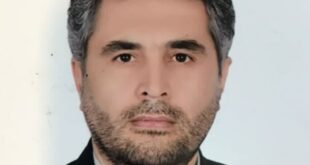 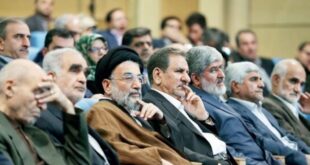 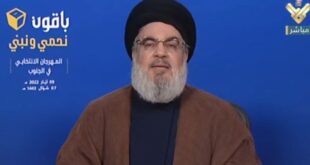 “The Ministry of Presidential Affairs announced that there will be 40 days of official mourning with flags at half mast and three days closure of ministries and official entities at the federal and local levels and the private sector,” the agency wrote on Twitter on Friday.

KEEP READING
list of 4 items
list 1 of 4
Egypt, UAE, Israel leaders meet for first ever three-way summit
list 2 of 4
Ukraine war allows UAE to bring Syria’s Assad in from the cold
list 3 of 4
France probes Interpol chief, ex-UAE official for alleged torture
list 4 of 4
Blinken assures UAE leader of US help over Houthi attacks
end of list
Sheikh Khalifa had rarely been seen in public since suffering a stroke in 2014, with his brother, Abu Dhabi’s Crown Prince Mohammed bin Zayed (known as MBZ) seen as the de facto ruler and the decision-maker of major foreign policy decisions, such as joining a Saudi-led war in Yemen and spearheading an embargo on neighbouring Qatar in recent years.

“The UAE has lost its righteous son and leader of the ’empowerment phase’ and guardian of its blessed journey,” MBZ said on Twitter, praising Khalifa’s wisdom and generosity.

Under the constitution, Vice President and Prime Minister Sheikh Mohammed bin Rashid Al Maktoum, the ruler of Dubai, would act as president until the federal council which groups the rulers of the seven emirates meets within 30 days to elect a new president.

Sheikh Khalifa came to power in 2004 in the richest emirate Abu Dhabi and became the head of state. He is expected to be succeeded as ruler of Abu Dhabi by Crown Prince Sheikh Mohammed.

Abu Dhabi, which holds most of the Gulf state’s oil wealth, has held the presidency since the founding of the UAE federation by Sheikh Khalifa’s father, the late Sheikh Zayed bin Sultan Al Nahyan, in 1971.

In 1969, while the area was still a British protectorate, Khalifa was named Abu Dhabi’s prime minister and chairman of the emirate’s Department of Defence, which later became the core of the UAE’s armed forces. After independence in 1971, he became defence minister along with other roles and became president in 2004.