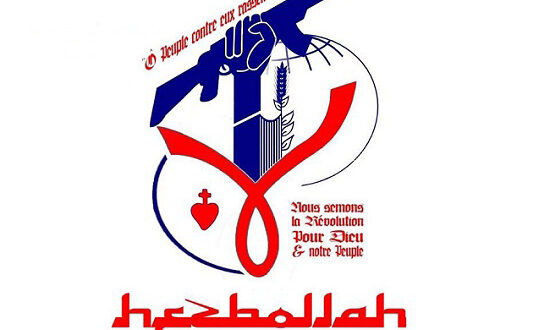 END_OF_DOCUMENT_TOKEN_TO_BE_REPLACED

We cursed the darkness a lot, we got used to the darkness! Iranian myths are rooted in history and are pure truth, but Iran's enemies consider it unreal: because they themselves have no history. When we talk about Kiomars (immortal man), it is Hazrat Khidr who, in religious narrations, drank water from the source of life and died from it: he is still alive and the day of the advent of the Imam of the Age will be with him. When we talk about the white-haired owl, it is Noah, who grew up at the top of Mount Judi. When Hazrat Ferdowsi expresses his belief, he says, "I am born of this and I will pass over it as well: I know that the soil is behind me!" But the anti-Iranian psychopaths called him Babak, who was a pious man, considered him anti-Ferdowsi (Persian-speaking) and denied that he was a Shiite. He introduced Hafez, who had a secret religion, but in his poems he remembered everyone in memory of Hussein (AS): Ella or Ihalsaghi ... who refers to the amputation of Imam Hussein (AS) 's finger for looting a ring, he introduced a sweaty and la Abali person ! Even when he says to recite the Qur'an with fourteen narrations, the commentators say that this means: the method of reciting the Qur'an is from non-Shiites, not fourteen infallibles. Is it clearer that Ferdowsi burns Siavash and brings him out alive? He is none other than Prophet Ibrahim (as) who changed his name out of fear or greed of the Seljuk Turks. It is the same in ceremonies, Cyrus is confiscated, and he is used against Iran and Islam! While Cyrus is an Arab and his name is Dhu al-Qarnayn, and the Greeks introduced him instead of Alexander, so that his attacks on Iran and the destruction of Hekmataneh, forget the killing of the people of Saman Fars. The symbol of Yalda, Nowruz and Mehregan, the whole history of Zoroaster, which is full of monotheism and monotheism, should propagate dualism. While duality is real life, not dualism. The duality of life arises from the fact that man is sometimes white and sometimes black! Sometimes it is luminous and sometimes it is evil. Sometimes he curses the darkness, and sometimes he gets used to it: he spends Yalda night hoping for the day, or he worships the blackness of the night. Worshiping Yalda night means getting used to the darkness. Hope for Yalda morning means cursing the darkness. The whole world is going through this long Yalda night in the hope of the morning of reappearance (Alice Al-Sabh soon). But night owls do not give up! Continue to promote good darkness and night! they do. When the army of light overcomes the army of darkness, the night owls mourn. And the corpses of the martyrs of the night are called martyrs. And night owls are called human beings and they cry for his human rights. Is it not time for their line to be separated to distinguish black people from white and to leave out the gray gentlemen? Sarman has emptied nations and human rights and all international organizations of these unscrupulous night owls. And give their command to the armies and the wayfarers? Holding Yalda night means the end of all the blackmail of the enemies. Those who say that an Iranian is poor do not have night bread, so how do they forbid him from Yalda night and the food of that night? Is it except that all the people spend that night with heavenly food? If they are poor, why do they prevent so many cars on the streets for the night? Only the gasoline money of these cars, which only travel far to celebrate Yalda night, is more than the budget of France. Only pomegranates and nuts are consumed more than the budgets of Denmark and Finland. They live with the charity of these people!